Popular
Should you buy Male UltraCore? – Male UltraCore...
10 Edible Aphrodisiacs and the Science Behind Them
5 Vitamin D-Rich Foods You Should Be Eating...
Why Do We Feel Tired After Every Meal?
Natty or Juice – 5 Ways to Tell...
How Your Sex Life Changes When You’re 50...
How to Bring Sex Back in a Sexless...
5 Reasons Why It’s Harder to Lose Weight...
Here’s Why You Shouldn’t Store Supplements for a...
Is UltraCore Supplements Ultra Garcinia the Weight Loss...
Home » 10 Secrets Every Woman Keeps From Her Man
Sex

10 Secrets Every Woman Keeps From Her Man

You may have mutual feelings of affection and love and it may seem like you know her completely, but that’s not the case. Just like you, she has her secrets and your relationship being exclusive and all doesn’t mean she’ll allow you to have a peek. A woman may give you her body and her love, but there are certain things she won’t give up. Below are 10 secrets a woman would never tell you:

1. Her best friend knows everything 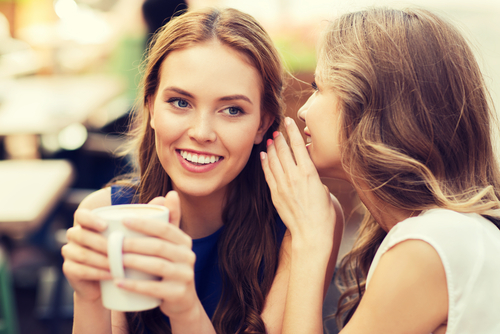 She tells her best friend everything about you. Females confide in each other in the most thorough possible, so that automatically involves you. So, if you see her best friend giving you a funny look, you’re not imagining it. She knows and there’s nothing you can do about it except deal, because she knows.

But what can she possibly know? Haven’t you heard? Everything – from your food allergies, to the loans you’re thinking of having, and to the size of your shy friend down there. Because, yes, women ask about that, too, and the women being asked about it answer quite comprehensively. Why? Because they’re best friends.

2. Looking at your hands turns her on

Apparently, a man’s hands are different from a woman’s. They show strength in their grip and warmth in their caress. They’re very manly and strong. Plus, it excites her when she imagines what your hands can do to her body.

3. She’ll not spill the beans on how many men she’s had sex with

You ask her this question and she answers with candor. Despite this image of honesty, it’s not likely she’ll you the truth, especially if she’s slept with so many. For instance, if she says that she’s slept with three guys, she’s actually slept with six. Consider this a principle that’s not based in science. Her deception is also not completely intended.

When a woman wants to act as if a sexual encounter never happened, she removes the guy involved from her official tally. Some of her excuses for excluding certain sexual encounters are that the actual sex was so quick it lasted only a few thrusts, or that she was drunk or just had sex because she was on the rebound.

4. She has Googled your ex-girlfriends

She actually did. If she finds an ex of yours that posts 50 selfies a day and talks gibberish on social media, she’ll feel good about herself. But if your ex is pretty, has a PhD in Anthropology, has a good sense of style, volunteers on humanitarian missions, is an animal lover, and a free-spirited adventurer, she’ll consider herself doomed for life.

5. Her body isn’t hairless and flawless as you’ve been led to believe 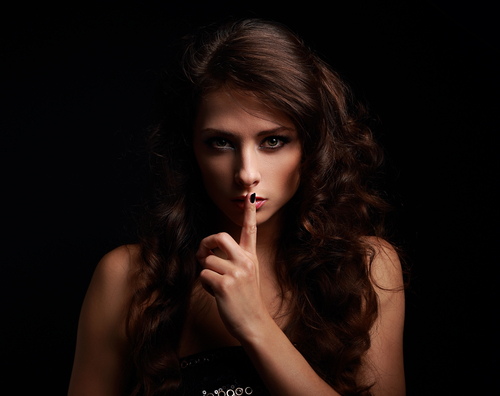 It’s not like she’ll shave in front of you. She’s not even going to tell you about her waxing appointments because that’ll give you an idea of her not-so hairless body and she doesn’t want that. You’ll have to spend years with her before you’ll be granted the right to see her wearing unflattering underwear and unshaved legs. In other words, true love.

6. She still ponders on her former lovers and she compares them to you

Most of the times you win, sometimes not. But don’t let it bother you. These are just her ex-boyfriends and you’re with her now, in the present, so in that case you win (if that’ll help you sleep at night).

And some (or most) of your collections, or the choices that make these collections rather, make her laugh and make her look down on you a bit. This is also one of the things the best friend knows, too, for sure.

8. She tests you, consistently

She observes and evaluates every single thing you say and do. Even your gestures and facial expressions are carefully assessed. So, beware of tricky questions. She doesn’t mean them. She just wants to see how you’ll respond. And your response to every trick question she throws at you must always be about your utmost love, loyalty and the pointlessness of life without her.

9. She wants to feel she’s wanted

She requires consistent signs from you that you like being with her. If you’re going away for the weekend, she wants you to invite her to come along. She might have other plans. She might say no, but the important thing is that you ask her.

10. She loves it when you’re jealous