Popular
Should you buy Male UltraCore? – Male UltraCore...
10 Edible Aphrodisiacs and the Science Behind Them
5 Vitamin D-Rich Foods You Should Be Eating...
Why Do We Feel Tired After Every Meal?
Natty or Juice – 5 Ways to Tell...
How Your Sex Life Changes When You’re 50...
How to Bring Sex Back in a Sexless...
5 Reasons Why It’s Harder to Lose Weight...
Here’s Why You Shouldn’t Store Supplements for a...
Is UltraCore Supplements Ultra Garcinia the Weight Loss...
Home » 3 Factors That Cause Fatigue
Health

3 Factors That Cause Fatigue

When you are feeling more than just tired, that’s fatigue. And if it’s been going on for more than six months already, that’s chronic fatigue syndrome. Sometimes we just make light of how exhausted we feel, thinking that we need to continue working. However, fatigue is not something we should neglect or overlook.

The effects of fatigue are far-reaching and can greatly impact your quality of life. At work, it can impair your focus and performance. At home, you may feel too exhausted to interact with your family members.

Various medical conditions can make you vulnerable to fatigue. For instance, kidney diseases, liver diseases, and diabetes can make you feel tired easily. Problems with your endocrine glands such as hypothyroidism can also cause fatigue.

When you’re suffering from electrolyte imbalance, it can also affect your energy levels such that a slight exertion can make you physically weak and tired right away. People with anemia, chronic obstructive pulmonary disease, and emphysema also often easily get tired.

People with heart diseases, especially those who have recently had a stroke, are also vulnerable to fatigue. The same goes for cancer patients who often have to fight off severe exhaustion.

You might think that it’s enough to get only six hours of sleep instead of the recommended seven hours since you just lack an hour. However, if you continue to lack sleep for several months, it can lead to chronic fatigue syndrome. 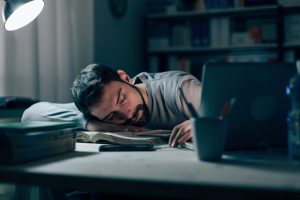 Other factors that can cause your fatigue to worsen include chronic diseases and sleep disorders such as obstructive sleep apnea or insomnia. The worst scenario is if you are suffering from a chronic disease and you are a night shift worker. That combination will most likely lead to sleep deprivation and fatigue.

In fact, more than 60% of night shift workers suffer from lack of sleep, and this translates to impaired performance at work. Being sleep deprived not only makes you vulnerable to fatigue. It can also negatively impact your physical and mental health, increasing your risks of developing heart diseases and depression.

Stress, anxiety, and depression can cause you to lie awake in bed the whole night. This means you’re being deprived of sleep because of all the things going on in your mind. And because you’re sleep-deprived, it makes your anxiety and depression even worse.

Then, the combined effects of sleep-deprivation, depression, and anxiety result in fatigue. It’s a vicious cycle, and most of the time only medication can help, at least in helping you get more sleep.

There are other mental health issues, however, that no medication can fully cure, just like grief and bereavement. Other mental health problems that can also lead to fatigue include alcohol and drug abuse, as well as eating disorders and insomnia.

Fortunately, there are many ways to ward off and deal with fatigue. Of course, your first order of business should be getting more sleep. Even if your workload is heavy and you feel like you shouldn’t go home early or take a day off, you will need to take a break and make the time to just sleep and recuperate.

Sufficient water intake and a balanced diet can also help fight off fatigue. When you don’t drink a lot of water, your body easily gets dehydrated which can also cause you to feel tired. Many people suffering from fatigue also have very low levels of vitamin D. So you can adjust your diet so that you can eat more vitamin-D rich foods. 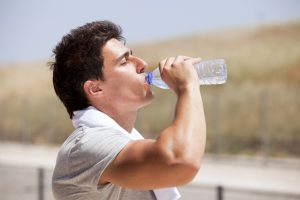 Fortified products like milk, orange juice, and cereals have higher concentrations of vitamin D than those that are non-fortified, so make sure you check the labels the next time you’re at the supermarket. Other great sources of vitamin D include beef liver and seafood like salmon and tuna.

Eggs and cheese are also common sources of vitamin D. Another way to increase your vitamin D levels is to take a walk under the sun, even for just five or ten minutes. Just make sure you’re not doing it when the sunlight is too strong.

Your body produces vitamin D when your skin is exposed to sunlight. Plus, engaging in a physical activity like walking can actually help lessen fatigue. So when you go walking in the morning, you accomplish two things at once.

You can also try various natural products that help combat fatigue. For instance, in traditional Asian medicine, medicinal plants like ginseng and ginkgo biloba are very famous for their restorative properties.

In fact, studies have shown that cancer patients who are battling severe exhaustion benefit a lot from the fatigue-fighting properties of ginseng. This valuable medicinal plant can also help improve your brain and mental health, plus it offers many other health benefits due to its high antioxidant content.

Ginkgo biloba contains a lot of antioxidants which is why it has so many health benefits, one of which is for relieving tiredness and fatigue. In fact, many studies involving mice and human models have shown that ginkgo biloba can help delay fatigue as well as increase endurance during intense physical activities.

If you want to get a caffeine boost and increase your energy without the caffeine, try maca instead. Popular folklore about maca says that ancient Inca warriors used to consume maca before going to battles because the plant gives them the energy and stamina to fight. Nowadays, maca is available in powder form, as tea or liquid extract, or as a capsule.

Cordyceps is another medicinal plant that’s popular in ancient Chinese medicine as an anti-fatigue remedy. It’s also known to increase athletic performance and help lessen muscle weakness. In fact, one study showed that Cordyceps guangdongensis helps in lessening and delaying fatigue by reducing the build-up of blood lactic acid.

The patients who received the treatment showed significant improvements in body fatigue index as compared to those who didn’t. Moreover, the treatment also helped improve the patients’ cognitive and social functioning, as well as their quality of life scores.

9 HINTS SOMEONE IS COVERTLY AGGRESSIVE AND TAKING ADVANTAGE OF YOU