Popular
Should you buy Male UltraCore? – Male UltraCore...
10 Edible Aphrodisiacs and the Science Behind Them
5 Vitamin D-Rich Foods You Should Be Eating...
Why Do We Feel Tired After Every Meal?
Natty or Juice – 5 Ways to Tell...
How Your Sex Life Changes When You’re 50...
How to Bring Sex Back in a Sexless...
5 Reasons Why It’s Harder to Lose Weight...
Here’s Why You Shouldn’t Store Supplements for a...
Is UltraCore Supplements Ultra Garcinia the Weight Loss...
Home » 4 Potent Botanicals That Boost Your Sexual Vigor Naturally
Health

There’s nothing really wrong about being able to engage in sex once a day. Still, it’s an elusive fantasy for men to be able to have sex and reach orgasm over and over again. Which is why the search for the most effective sexual vigor booster still continues. Fortunately, scientific studies have been able to identify a number of medicinal plants that can naturally boost your sexual vigor. Take a look at some examples highlighted here. 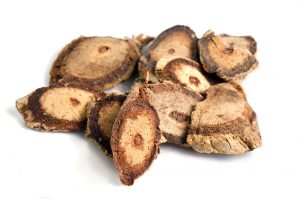 In any list about sexual vigor or sexual stamina, Butea superba would always be at the top. This medicinal plant abundantly found in Thai forests is popular as a potent enhancer of male sexual functioning. Known locally as Kwao Krua Dang or Red Kwao Krua, this medicinal plant has been used for centuries in local traditional medicine for boosting sexual vigor.

But Butea superba is popular not just in traditional medicine. It’s also one of the most studied sexual performance natural enhancer. And science has been able to validate why this medicinal plant is so widely recognized for its ability to boost sexual prowess.

Both in rats and in human trials, Butea superba has been proven as effective in treating erectile dysfunction or ED, a condition wherein a man is unable to achieve an erection or maintain it long enough to consummate sexual interaction.

In another study involving Thai males with erectile dysfunction, it was found that more than 82% of the men showed improved sexual functioning after receiving Butea superba treatment for three months.

Chlorophytum borivilianum is an herb found in India where it is locally called safed musli or simply musli. The leaf is considered edible and is usually eaten as a vegetable while the roots are used for their medicinal value. In Ayurveda medicine or ancient traditional Indian medicine, musli is considered as a Rasayan, which means it is considered as nourishing to the body as it boosts the immune system and keeps the body healthy. As a Rasayan, musli is used to treat male sexual conditions like sterility and impotency.

In scientific terms, it may be considered as an adaptogen, or a natural compound that helps the body adapt to and fight stress. In terms of its uses against male sexual problems, a 2009 study provides a scientific basis for Chlorophytum borivilianum’s traditional usage as a male sexual capability booster. More specifically, the study showed that the medicinal herb is effective in enhancing penile erection. Another study focusing on the aphrodisiac and spermatogenic properties of Chlorophytum borivilianum showed that aqueous extracts derived from the plant’s roots significantly increased libido, boosted sexual vigor and enhanced sexual arousal. 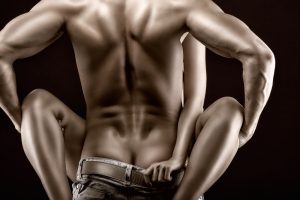 Commonly known as Yohimbe, this evergreen tree is native to western and central Africa and also present in Asia. It has long been used in traditional African medicine wherein the bark is used as a general tonic. It’s also popularly used as an aphrodisiac.

This plant is decidedly notorious, mainly because consumption in high dosages can lead to dangerous side effects such as elevation of blood pressure, nausea, headache, and more frequent urination. However, studies have shown that when consumed in low doses, Yohimbe can offer many health benefits.

For instance, Yohimbe is associated with weight reducing properties such as reducing one’s appetite and improving fat burning. For this reason, Yohimbe is often used as a component in many dietary supplements. Yohimbe is also used in male enhancement supplements because of its effectiveness in treating erectile dysfunction by increasing blood flow to the genital area.

In fact, in the United States, yohimbine hydrochloride, which is different from the compound found in treatments made from the bark of Yohimbe, is used as a prescription drug for the treatment of ED. Yohimbe is banned in many countries including Canada, Australia, and Great Britain, but not in the US.

The danger associated with Yohimbe is not primarily because of the compounds found in the plant but rather because many dietary supplements containing Yohimbe do not accurately state its yohimbine content nor warn of its possible side effects.

Known as Indian almond, sea almond, or tropical almond, this tropical tree can be found in Asia, Africa, and Australia. It may be considered in some regions as just an ornamental tree with edible fruit, but this plant is actually used in various traditional medicines for the treatment of many conditions.

For instance, herbal tea made from the leaves of Terminalia catappa is used in Suriname to treat diarrhea, whereas in Taiwan, fallen leaves are used in herbal preparations to treat liver diseases. On the other hand, one study showed that consuming Terminalia catappa at 1.5 grams per kilogram of body weight for at least seven days resulted in an increased sexual vigor, largely due to the plant’s aphrodisiac actions.

Another study focused on the effects of a herbal formula made with several medicinal plants including Terminalia catappa on the sexual behavior of albino rats. The formulation was administered in different doses to different groups of rats for the duration of three weeks.

The results of the studies showed that mating behavior and mating performance of the rats were significantly improved. Serum hormonal levels and sperm count were also seen to increase. Of the different dosages, rats which consumed the formulation with a dosage of 600 mg showed results most similar to that of rats which consumed sildenafil citrate in 5mg/kg. This suggests that Terminalia catappa can also have potent aphrodisiac effects on rats. Unfortunately, at this time, the polyherbal formulation has not yet been tested on humans.

How to Know When Something Has Gone Wrong With Your Bladder