Popular
Should you buy Male UltraCore? – Male UltraCore...
10 Edible Aphrodisiacs and the Science Behind Them
5 Vitamin D-Rich Foods You Should Be Eating...
Why Do We Feel Tired After Every Meal?
Natty or Juice – 5 Ways to Tell...
How Your Sex Life Changes When You’re 50...
How to Bring Sex Back in a Sexless...
5 Reasons Why It’s Harder to Lose Weight...
Here’s Why You Shouldn’t Store Supplements for a...
Is UltraCore Supplements Ultra Garcinia the Weight Loss...
Home » 9 Seemingly Unimportant Things That Could Save Your Life When You Tell Your Doctor About Them
Health

Going to the doctor might give us some bumps. Though we know they’re the best people to run to when our health needs immediate attention, we feel awkward when faced with these health professionals. We can have trust issues and withhold some important details and information for fear of being judged, without knowing the information we didn’t share are critical to our healing.

Unbeknownst to us, doctors are dying to know every detail about us that might give them a clue on what’s happening within our system. Thankfully, doctors are brilliant. When patients fail to tell them the cause for a red flag, they know how to find ways to get what they want to hear. Below, doctors share some of the things that patients don’t tell them.

One patient complained of having headaches in the evenings. But her doctor didn’t see any clue to her symptoms. Her records were clean including her medical history and lifestyle choices. But when the doctor asked what she did for fun, the expert discovered that she plays a video game from a computer for a total of 80 hours a week.

Some patients fail to tell their doctor that they’ve lost weight without trying. But doctors say it’s important to discuss these things with your doctor. Unintentional weight loss is one of the common symptoms of cancer. If you’re a male, doctors recommend that you get an age-appropriate screening for cancer, which includes testicular exams and prostate exams.

Talking to your doctor about your stools might be embarrassing, but one you should forego once you notice your stools have changed color. If you withhold the information long enough, it would be too late to give you a proper diagnosis. This happened to a female patient who failed to mention what was going on in the comfort room. Later, they found out she had gastric ulcers and hemoglobin problems.

4. Pain in Neck and Left Arm 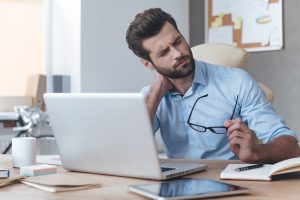 People should consider pain in the neck and left arm as red flags because it’s a common symptom of an impending heart attack. One woman thought what she was feeling was only heartburn that was caused by her acid reflux. She asked a medical intern for something that can help her throw up so that she’ll feel better.

Fortunately, the intern sensed that what she’s feeling was something more serious than reflux. He interviewed her further. When she opened up that her reflux extended to the left side of her neck and down her left arm, the intern got alarmed, informed his teaching doctor right away and had her underwent an EKG. The result was positive. She’s having a heart attack and was immediately sent to the ER.

It pays to seek medical help when the symptoms you used to have are now accompanied by other symptoms. It can be your body’s way of communicating to you that something is off and needs immediate attention.

Chest pain can be a symptom of heart disease or a serious heart attack. Some people choose not to inform their loved ones about the true state of their health to prevent them from worrying. If this is you, stop the drama right away. Telling the people around you what you’re truly going through can be the only way to save your life.

An older patient didn’t tell his doctor that he had chest pains. He did the same thing to his daughters, whom he didn’t want to worry about his condition. But because untreated symptoms can lead to a worsened state, the man had an enormous heart attack while going through major surgery. The doctors said he had only one narrow artery that supplied blood to his heart.

With great disbelief, his daughters claimed their father was in a good state of health and never complained of heart problems. Yet, there was one daughter whom their father revealed about his condition. And it was she who confirmed their father’s heart issues. The doctors commented, had he discussed his chest pain the soonest, his life could have been saved.

Some male patients who are hiding something from their wives choose not to tell the truth to their doctors in their wives’ presence. The doctor asked his patient if he ever used Viagra because he’s having a heart attack and the treatment involves using Nitropaste cream to help increase the blood supply to the heart. When combined, Viagra and Nitropaste can significantly cause a sudden drop in blood pressure. Because the man didn’t use Viagra to his wife, he denied using it. He was relieved when his wife left the room because he was able to tell his doctor everything. 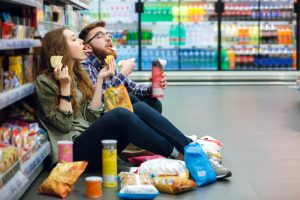 Doctors confirmed that patients diagnosed with high cholesterol, diabetes, and obesity can act defensively. It’s hard for them to admit their mistake of eating saturated fats, processed foods or junk foods. They choose to defend themselves by acting innocent when presented with their labs that show a different result.

Though they didn’t do something that entails the need for medication, the doctors still require them more medication because of what their labs were telling.

The doctors emphasize the importance of telling what’s on your diet so that they can help you adjust your diet instead of resorting to medication.

For some reason, some patients wouldn’t honestly tell their doctors the amount of alcohol they consume in one day. But doctors explained this is so important. The presence of too much alcohol in the liver can interfere with medication thereby increasing the side effects of the treatment. It can also increase the risk of hospital admission.

9. Pain and Side Effects

At some point, patients wouldn’t admit that they’re still in pain or have side effects after treatment. This might be because they have fears regarding their real condition. But doctors encourage patients to be honest if something is still bothering them despite the treatment they receive. Assessing their real condition helps doctors provide the right medication. Besides, some side effects may lead to disability or may not go away.

How Chlamydia Can Ruin Your Sexual Health

6 Ways to Relieve Back Pains