Popular
Should you buy Male UltraCore? – Male UltraCore...
10 Edible Aphrodisiacs and the Science Behind Them
5 Vitamin D-Rich Foods You Should Be Eating...
Why Do We Feel Tired After Every Meal?
Natty or Juice – 5 Ways to Tell...
How Your Sex Life Changes When You’re 50...
How to Bring Sex Back in a Sexless...
5 Reasons Why It’s Harder to Lose Weight...
Here’s Why You Shouldn’t Store Supplements for a...
Is UltraCore Supplements Ultra Garcinia the Weight Loss...
Home » A Product Review of Estee Lauder VeriteLightLotion Cleanser
Health

Contents show
1 Getting to Know the Product
2 Product Functions
3 About the Company
4 Product Components
5 What are the Functions?
6 Product Features
7 Proper Use
8 What about Side Effects?
9 What Users Have to Say?
10 Bottom Line

Getting to Know the Product

This skincare cleansing item is a cream-based one with emollient properties for moisturizing and soothing effects on your skin. Estee Lauder VeriteLightLotion Cleanser is also ideal for skin that’s dry, sensitive and acne-prone. It gently yet thoroughly cleanses your face by eliminating dirt, oils and other impurities. It can also be used to remove make-up. According to its manufacturer, the product can be used two times daily.

Basically, this skincare product is for cleansing the face from make-up, dirt, and oil. It provides hydration as well while purifying the skin. The ingredients in Estee Lauder VeriteLightLotion Cleanser are mostly from natural sources, specifically plant-based components. 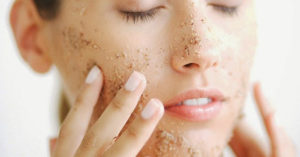 Estee Lauder VeriteLightLotion Cleanser, as its name suggests, is created by Estee Lauder. The company has been operating in the industry for several decades and its backbone was based on the work of a chemist’s niece Josephine Esther Mentzer. Josephine was under the tutelage of her uncle when it came to combining oils instead of using soaps that are not gentle on her face. This is where her devotion for creating mild skincare products began. The initial products consisting of four skincare items became first available in 1946. Since then, the company has grown into a huge corporation that is now known as Estee Lauder. Their products are known worldwide and are available in luxury stores.

Below are the ingredients in Estee Lauder VeriteLightLotion Cleanser:

Other components in the product’s formulation are: tea leaf extract, chamomile, and olive fruit oil. These are either antioxidants or moisturizers.

What are the Functions?

Estee Lauder VeriteLightLotion Cleanser is actually a kind of skincare product that has more than one purpose or function. It cleanses the skin by removing dirt and oils, gives hydration to prevent dryness, and sustains its moisture. The formula for Estee Lauder VeriteLightLotion Cleanser is gentle and safe even for people who have sensitive skin. This is something that several other skin cleansers cannot do as asserted by its manufacturer.

This may be considered a luxury item, but the price is not that expensive at $32 for 6 oz.

Aside from luxury stores and other retail stores, this product is also available for purchase online

The ingredients are valuable, some of which are distinctive

Application of Estee Lauder VeriteLightLotion Cleanser is quite simple. Just put some in your palm and rub it into your face. After gently massaging, wipe it off with a soft and clean cloth. You can also use a cotton pad. No rinsing for this product. For optimal results, you’re advised to apply it during day and night.

What about Side Effects?

There are no known adverse reactions associated with Estee Lauder VeriteLightLotion Cleanser. But if you have acne or prone to have breakouts, use of this product is not advised.

What Users Have to Say? 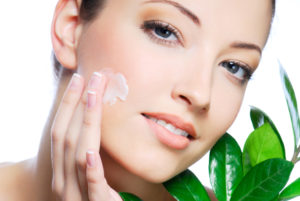 Most of the customer feedbacks for Estee Lauder VeriteLightLotion Cleanser are optimistic. The only negative comments came from people who said they experienced breakouts, but these customers also stated they’re already prone to acne, which is why this happened. Estee Lauder VeriteLightLotion Cleanser is not really ideal for people with acne problems. Overall, customers love the mild formula of the product.

Estee Lauder VeriteLightLotion Cleanser is considered to be a good skincare product based on the positive feedbacks and the deemed effectiveness of the ingredients. This is based on the positive results on actual users. Plus, the brand itself is a reliable brand in the skincare industry, developed by a company that’s been around for decades. Thought most of Estee Lauder’s products are expensive, this particular product is not. It is not cheap, but it’s not luxuriously priced, so if falls in the average range in terms of its cost.

A Product Review of Animal Pak: Is this Product Harmless and Efficient?