Popular
Should you buy Male UltraCore? – Male UltraCore...
10 Edible Aphrodisiacs and the Science Behind Them
5 Vitamin D-Rich Foods You Should Be Eating...
Why Do We Feel Tired After Every Meal?
Natty or Juice – 5 Ways to Tell...
How Your Sex Life Changes When You’re 50...
How to Bring Sex Back in a Sexless...
5 Reasons Why It’s Harder to Lose Weight...
Here’s Why You Shouldn’t Store Supplements for a...
Is UltraCore Supplements Ultra Garcinia the Weight Loss...
Home » A Product Review of OnBrain Clarity
Health

A Product Review of OnBrain Clarity 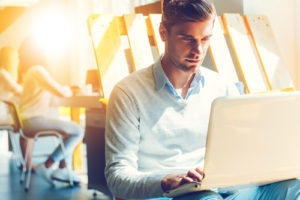 This nootropic supplement is an excellent dietary product that’s developed for boosting memory, speeding up the brain’s processing capacity, increasing the speed with which one responds, as well as heightening concentration and attention. Plus, OnBrain Clarity also says it can improve the general wellness of the brain.

This is achieved with the use of vital vitamins, nutrients and amino acids combined altogether to produce with the ultimate formulation. The company behind OnBrain Clarity says it is scientifically tested to give a 55% boost in alpha wave magnitude, a 26% boost in processing speed, and a 14% boost in the speed with which one remembers information.

When measured up to energy drinks and other means, this cognitive enhancer is a wiser and a healthier option, which gives you a premium choice for improving your brain’s health and performance.

This brain booster is a particular kind of dietary product called a nootropic. Essentially, there are components that, either by solely themselves or when mixed with other components, are said to deliver improvement in mental capacities.

We’ve evaluated many of such supplements here. This includes the brands Adderin and Geniux, to name a few. In general, the customer reception here is not very positive with the usual criticisms citing ineffectiveness, steep costs and inefficient consumer support. The complaints on poor customer service are usually prompted by the troubles customers experience when getting refunds and discontinuing trials.

But as for OnBrain Clarity, will you encounter the same unpleasant experiences? Read further to find out.

How Effective Are the Components?

Nevertheless, here’s the list of the components available on the site:

Ginkgo Biloba is considered potentially efficient for giving benefits to the brain, such as enhancing memory, boosting speed of processing information and augmenting attention in healthy individuals. It’s also been shown to be capable of decreasing the symptoms of dementia, and many others.

The advised dosage of ginkgo biloba for boosting brain capacities is between 120-600mg each day. However, as mentioned we don’t know the dose of the said ingredient in OnBrain Clarity’s site.

Vinpocetine is also considered potentially effectual for slightly addressing memory deterioration caused by Alzheimer’s. However, the available study used to make this determination is outdated and of doubtful state.

As for the remaining component, the l-glutamine HCL; there is no sufficient proof that it can provide any effects that prove to be beneficial to the brain.

Although the manufacturer says that OnBrain Clarity is clinically tested to be efficient, there’s no clinical reference to generally support this claim.

What are the Possible Adverse Reactions?

Regardless of the uncertain efficiency of the components, these should not cause any adverse reactions and should be generally tolerated by users.

You could probably encounter minor stomach discomfort, but to be sure just speak with your physician before doing any kinds of supplementation.

Also, the company mentions of alpha waves. What could these be?

Basically, alpha waves are generated by the brain when we’re in a relaxed stated and the eyes are shut.

Furthermore, alpha waves in the brain happen in their greatest concentration while we are conducting mindfulness strategies, which include meditation. There’s also some initial studies showing that increased alpha wave activity can able to lessen the symptoms of depression and enhance your brain’s capacity to be creative.

Nonetheless, the scientific proof that the components in OnBrain Clarity can produce such effects or increase the alpha waves in the brain is generally weak and lacking. Basically, this is only attained through mindfulness or electrical stimulation.

Just like other nootropics we have assessed here, OnBrain Clarity is also as pricey as other brands. Here are the options:

Remember, if you try to click off the ordering page, you will get a 30% discount.

The good news is that in contrast with other nutritional products, this one does not practice a free trial buying method, so there’s no subsequent autoship program enrollment as stated by their Terms & Conditions page.

Whatever option you select, the purchase of the supplement is partnered with a 30-day money-back guarantee, less shipping and handling fees, plus a $5 to cover the restocking charge of each item acquired.

All things considered, what’s the truth in this nootropic supplement? 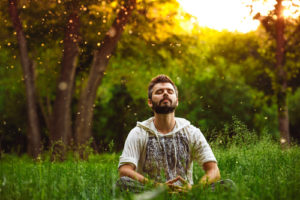 While it’s a good thing that the components in OnBrain Clarity don’t cause any major side effects and should be tolerable for consumption, the absence of product label poses an issue since customers aren’t able to see the precise dosages of each component.

Despite the promising research on the subject of ginkgo biloba and vinpocetine and their possible effectiveness, there’s no guarantee that the other ingredient, L-Glutamine, can generate advantages beneficial for brain health and performance. OnBrain Clarity is also relatively expensive, which is something that those with tight budget won’t appreciate.

Since ginkgo biloba shows promise in its effects for brain health, it’s an alternative for you to just purchase it independently at the local pharmacy. This surely would be cost effective since it’ll surely be cheaper and there’s likelihood that you’ll know the precise quantity of this component. Hence, you’ll know if it’ll be truly effective or not.

Reviewing the Safety & Efficacy of NeuroCell

A Product Review of Sinrex – Is it Effective?