Popular
Should you buy Male UltraCore? – Male UltraCore...
10 Edible Aphrodisiacs and the Science Behind Them
5 Vitamin D-Rich Foods You Should Be Eating...
Why Do We Feel Tired After Every Meal?
Natty or Juice – 5 Ways to Tell...
How Your Sex Life Changes When You’re 50...
How to Bring Sex Back in a Sexless...
5 Reasons Why It’s Harder to Lose Weight...
Here’s Why You Shouldn’t Store Supplements for a...
Is UltraCore Supplements Ultra Garcinia the Weight Loss...
Home » California High School’s Football Coach Fired – Coach Didn’t Report Necessary Information about Contaminated Water, Sources Say
Sex

A football coach from the Helen Bernstein High School in Hollywood, California, was recently fired from his job at the school. Supposedly, he did not report necessary information about the school’s water being spiked with a male enhancement drug until two weeks after the incident had happened.

According to a recent article from the NY Post, the investigation of the July 12th incident revealed that Luis Barajas, the high school’s football coach, was found to be at fault for not coming forward to tell school official’s two students had spiked the school’s water. The two students chose to put a male enhancement drug into the water during a junior varsity football practice. Coach Barajas did not tell officials or parents until two weeks after the incident that some of the students may have drunk the contaminated water. 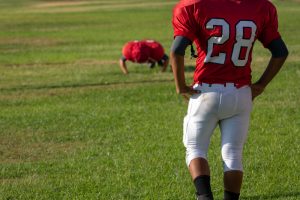 Because the incident was reported two weeks after it had taken place, there was no time for the school to test the water to see how much of the drug was present in it; it had already been discarded of. A spokeswoman for the school’s district came forward to confirm this comment, and to say that no evidence was found that any student actually drank the water. All of the water was thrown away before officials were notified.

An orthopedic surgeon also came forward to comment on the incident. The surgeon stated that it’s hard to say what kind of effect the contaminated water could have had on the students considering the amount put into the water is unknown. Generally, male enhancement drugs can only raise blood pressure, especially when the person taking the drug is on other medications with nitrates in them, states the surgeon.

Coach Barajas was fired from his position at the school on August 7th of this year. While under investigation, officials found that Barajas had failed to secure his permit to practice. The school was found at fault during the investigation, too. Supposedly, the school failed to employ an assistant coach to help Barajas out. They also did not keep track of the students’ grades, which typically allows students to play sports in the first place. 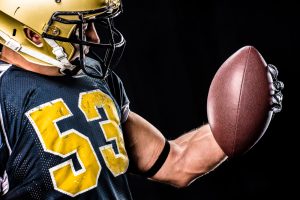 Barajas did not comment on any of the information stated above. Disciplinary action for the students has yet to be released.

Though the two young students should not have spiked the water with the male enhancement drug, they still did. Luckily, some male enhancement drugs are all-natural and result in no bad side effects. In fact, they were created to help the male’s body by increasing sexual desire, performance, and endurance. The blend of all-natural ingredients was actually produced to help men, not hurt them.

Men, Do These Things to Create an Excellent Online Dating Profile