Popular
Should you buy Male UltraCore? – Male UltraCore...
10 Edible Aphrodisiacs and the Science Behind Them
5 Vitamin D-Rich Foods You Should Be Eating...
Why Do We Feel Tired After Every Meal?
Natty or Juice – 5 Ways to Tell...
How Your Sex Life Changes When You’re 50...
How to Bring Sex Back in a Sexless...
5 Reasons Why It’s Harder to Lose Weight...
Here’s Why You Shouldn’t Store Supplements for a...
Is UltraCore Supplements Ultra Garcinia the Weight Loss...
Home » Healing Indian Spices
Health

India, for centuries, has been using spices to heal ailments for centuries. Most, if not all, of their spices have antioxidant properties and each one focuses on specific areas of the body to heal and protect.

They’ve been used in India for a number of dishes, from curries to biryanis to hot teas. You can use these spices however you’d like, just as long as you research how to use them tastefully in a recipe. Keep in mind, though, that each spice has a different function in where it targets deadly cells and how effective they can be towards preventing and/or alleviating certain diseases and health complications.

Ginger is an Indian healing spice that is used to ease nausea, aid digestion, and prevent constipation.  It’s great to consume if you feel nausea during influenza or if you ate too much and need something to aid in digestion or if you just need something to help with constipation. It’s also great to take for relieving inflammation on your joints and for relieving pain on your joints.

Turmeric is an Indian healing spice that helps prevent and ease diabetes, heart disease, cancer, and possibly Alzheimer’s Disease. Also heals peptic ulcers, relieves your symptoms if you have Irritable bowel syndrome, and renders some carcinogens harmless in cigarettes. 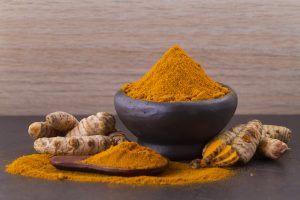 Cloves are an Indian Healing spice and they are also an antioxidant superfood. (Then again, all Indian healing spices on this list are all kind of like that. I guess what’s different is the direction that each spice focuses their attention on inside the body). They suppress melanoma. They are rich in gallic acid, which boosts memory. Cloves also reduces and prevents brain inflammation. You can use cloves in Rice biryani, tea, coconut-based curry, and fruit poached liquid.

Chili Powder is a spice used as a healing spice in India. The capsaicin in chili powder has antioxidant and anti-inflammatory powers that can lower your cholesterol, help you maintain a healthy weight by keeping you satisfied whenever you eat and leaving you feel full afterwards. Chili Powder also reduces your risk of heart disease.  You can use chili powder on meat, poultry, rice, soups, gumbos, salsas, and pretty much anything you want. Perhaps not on sweet things because it would probably taste too weird.

Lowers blood sugar. Can lower your risk of diabetes and can also cure your diabetes or prediabetes. Cinnamon also relieves and prevents arthritic pain and protects your joints. You can also use cinnamon for tooth decay, gum disease, food allergies, and cold congestion.

You can basically find cinnamon cheap at your local grocery story with all the other spices. Look for a cinnamon called “Ceylon” or “true” cinnamon, though, because Ceylon has the least amount of toxins than the most common “cassia” cinnamon sold in the United States grocery stores. Or, just take less than half a teaspoon of cinnamon a day so that you won’t develop liver damage, since common cinnamon is fine if consumed in moderation.

A Bay Leaf is an Indian Healing spice that can help with digestion and colic. Bay leaf can also be used on sprained ankles and joints to reduce pain. You can use Bay leaf to flavor soups, curries and by itself, if you prefer. You can also use bay leaves when 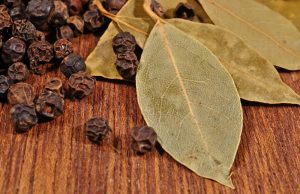 In East India, this spice is consumed every morning with honey to prevent respiratory diseases like asthma, common stomach problems such as indigestion and diarrhea, fever, intestinal parasites, skin infections, and joint diseases such as rheumatoid arthritis. Use black pepper on meats, poultry, eggs, rice, lentils, soups, and any meal you want. You can even add a little salt to the mix, if you wish.

In South India, it is used to treat colds, coughs, indigestion, gas and mild fevers. So, it’s used if you do get sick with a cold or if you get stomach troubles and fever troubles. It’s good to have around since getting a cold and mild stomach troubles, like gases and indigestion, are common enough to warrant having something like cardamom around to help ease your symptoms and help you get you on the road to recover.

Overall, you can use these spices however you want in any recipe that you would want to use them in. Each one targets different areas in the body but they all have the antioxidant bodies to be effective enough to at least ease your symptoms of whatever disease, inflammation, gas, pain, or whatever is troubling you at the moment. You can find spices like Ginger, Turmeric, Cloves, Chili Powder, Cinnamon, Bay Leaves, and Cardamom in any grocery store in your area.

How You Can Fix Your Snoring Habits