Popular
Should you buy Male UltraCore? – Male UltraCore...
10 Edible Aphrodisiacs and the Science Behind Them
5 Vitamin D-Rich Foods You Should Be Eating...
Why Do We Feel Tired After Every Meal?
Natty or Juice – 5 Ways to Tell...
How Your Sex Life Changes When You’re 50...
How to Bring Sex Back in a Sexless...
5 Reasons Why It’s Harder to Lose Weight...
Here’s Why You Shouldn’t Store Supplements for a...
Is UltraCore Supplements Ultra Garcinia the Weight Loss...
Home » How Caffeine Affects Your Body
Health

How Caffeine Affects Your Body

Caffeine, basically, is a natural substance found in several plants, such as coffee beans and tea leaves. Even kola nuts and cacao pods also have caffeine. It can also be created. Caffeine is mixed to a variety of foods and drinks that we consume today. Various over-the-counter and prescription drugs are laced with caffeine as well. FDA stated that 90 percent of the globe’s populace consumes some type of caffeine. In the US, about 80 percent of people consume some caffeine daily. 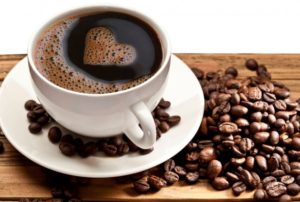 Most adults can consume up to 400 mg of caffeine every day without fearing some sort of adverse effects. This daily consumption is generally considered safe and normal. Of course, the caffeine each beverage contains varies, so you need to be vigilant in reading labels. Every individual also has varying tolerance for caffeine. If you, more or less, take the same amount of caffeine each day, you can become tolerant of it. Moreover, your tolerance level is impacted by your age, body mass, and any medical issues you may have. Caffeine can have possible interactions with particular prescription drugs.

If you take 600 mg of caffeine per day, you’re consuming too much of it already. This is according to FDA. This amount constitutes to 4-7 cups of coffee per day. Remember that a regular cup size of coffee is eight ounces. If you’re using a mug or you’re getting your coffee from a café, you may be consuming more than 16 ounces. If ingesting caffeine is part of your daily routine, abrupt quitting can trigger withdrawal symptoms. Given this, it’s more ideal to cut down your caffeine intake gradually.

Interestingly, caffeine doesn’t have any nourishing qualities. It can only have an impact on your mood and alertness, as well as trigger physical side effects. Caffeine is flavorless, so you won’t be aware if it’s in your food or not.

Caffeine and the Central Nervous System

Caffeine’s effects to the brain are immediate and it also serves as a central nervous system stimulant. The most notable effect you can notice is a sense of heightened alertness. It can help you feel more awake and less exhausted, allowing you to be effective in your current tasks at hand. For this reason, caffeine is a typical component in medications for addressing sleepiness.

The connection between caffeine and headaches is complex. Consuming too much caffeine can trigger headaches. Meanwhile, the body forms a tolerance to caffeine. So, when you hastily stop taking caffeine, you get a headache as one of the withdrawal symptoms. Still, caffeine is utilized in some over-the-counter and prescriptions for headaches.

There’s the notion that caffeine can help with hangover, but in actuality, it doesn’t help your body process alcohol any quicker. People who aren’t used to taking caffeine can become jittery after consumption. It’s not a good idea to drink anything with caffeine if you’re suffering from an anxiety or sleep disorder.

You’re having caffeine withdrawal if you have anxiety, bad temper, and sleepiness. In some cases, it can lead to tremors as well. You can also take too much caffeine and have an overdose. Symptoms include confusion and hallucinations. In worse cases, an overdose can cause fatality due to convulsions.

Caffeine and the Digestive & Excretory Systems 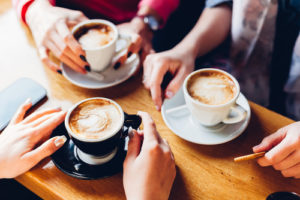 Caffeine increases acid in your gut, hence, causing heartburn or stomach discomfort. Since it is diuretic, it causes your body to flush out water, causing you to urinate more often. If you want to quench our thirst, coffee isn’t a good idea. Also, extra caffeine is not preserved in the body. It gets processed in the liver and is flushed out as you urinate.

Ask your doctor if it’s fine to consume caffeine in the case that you have stomach issues, such as ulcers or acid reflux. Huge doses of caffeine triggers one to get rid of much water, particularly when ingested alongside workouts.

Withdrawal from caffeine can trigger nausea and vomiting, while caffeine overdose can trigger diarrhea, severe thirst, and frequent urination.

Caffeine and the Circulatory & Respiratory Systems

Basically, caffeine is assimilated from the stomach. It gets to its highest levels in the bloodstream within 1-2 hours. Hence, caffeine intake can result to an increase in your blood pressure briefly. For most, the blood pressure is not permanently affected. If you suffer from an abnormal  or irregular heartbeat, caffeine intake may make your heart beat harder. If you’re suffering from hypertension or heart-related concerns, you need to ask your doctor first if caffeine is fine for you.

Caffeine and the Skeletal & Muscular Systems

When consumed in significant quantities, it can get in the way with the assimilation and metabolism of calcium, which can add to the thinning of the bones. This is a condition called osteoporosis. You can experience muscle achiness as a sign of caffeine withdrawal.

Caffeine and the Reproductive System

When caffeine journeys into the bloodstream, it crosses into the placenta. Being a stimulant, it can lead to the baby’s heart rate and metabolism increasing. Excessive caffeine intake can also lead to delayed fetal development and can even heighten the possibility of a miscarriage. Generally, a little caffeine is fine during pregnancy.

Moreover, caffeine can also add to achy lumps in the breasts. There’s also some proof that high quantities of caffeine can obstruct the generation of estrogen and metabolism, which makes it more difficult to conceive.

How Effective Is Platinum 100% Betaine?

The Principles behind Strength Training and Achieving Endurance