Popular
Should you buy Male UltraCore? – Male UltraCore...
10 Edible Aphrodisiacs and the Science Behind Them
5 Vitamin D-Rich Foods You Should Be Eating...
Why Do We Feel Tired After Every Meal?
Natty or Juice – 5 Ways to Tell...
How Your Sex Life Changes When You’re 50...
How to Bring Sex Back in a Sexless...
5 Reasons Why It’s Harder to Lose Weight...
Here’s Why You Shouldn’t Store Supplements for a...
Is UltraCore Supplements Ultra Garcinia the Weight Loss...
Home » Ibuprofen & the Side Effects to Look Out For
Health

Did you know that ibuprofen is perfectly fine to take in small doses, but if you take it consistently, you can really affect your health? And when I say health, I mean your stomach, your heart, and even your boner, unfortunately.

Ibuprofen seems harmless, right? It helps relax muscles, it gets rid of hangovers, and it’s the one thing you want, and need, after a heavy night of drinking. Not only that, but it’s easy to access, and probably the #1 inflammatory drug on the market. However, it should not be taken more than once or twice a week, and when taken, should only equal 600 mg once a day, which is typically 3 tablets per day.

So, what effects does ibuprofen actually have on the body if taken for a long period of time? 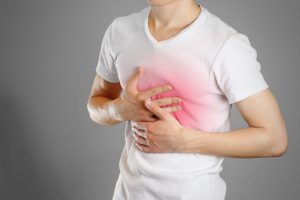 When you go to the gym to work out your chest, chances are the next day you’re going to feel a little bit of burn in your chest muscles. This time of burn feels good, right?

Heartburn, on the other hand, is a pain that is not welcomed, and not enjoyed.

If it just so happens that your stomach starts to hurt after taking Ibuprofen, here’s what’s probably happening: Ibuprofen tends to block the process of prostaglandin from being released, which in turn protects the stomach. When this cannot be released due to too much Ibuprofen in the system, chances are the stomach won’t be able to protect itself from stomach acid.

If you use Ibuprofen on a regular basis, chances are heart burn and stomach pain will occur more frequently. The worst that could happen with the stomach from using too much Ibuprofen is severe stomach bleeding, but then again, this will only occur if you use it constantly. Remember to limit your dosages.

Medical professionals have stated that using too much Ibuprofen to combat headaches can actually result in more headaches occurring in the future. That’s right, if you use Ibuprofen approximately three to four times a week, every week, your body may build up a tolerance and may fight back, with more headaches.

Just like when you use Afrin more than three days in a row for allergy season, and end up developing rebound congestion, the same goes for Ibuprofen. Taking this anti-inflammatory will cause what’s known as rebound headaches.

Even more medical professionals state that Ibuprofen, also known as an NSAID, or nonsteriodal anti-inflammatory drug, can alter hormone production within the body affecting and triggering constant headaches.

Ringing in the Ears

Tinnitus, also known as a ringing of the ears, is linking with constant Ibuprofen, or NSAIDs, intake. Specifically, a ringing of the ears occurs when high doses of such medications are administered to the body. It’s actually noted that animals who take regular NSAIDs are likely to lose hearing cells altogether, resulting in possible deafness.

However, keep in mind that this is a very rare side effect, and only typically happens when Ibuprofen is taken for lengthy periods of time with high dosages. Also, ringing of the ears tends to fade away once weaned off of Ibuprofen.

Ibuprofen can be good for the mean time, but in the long run, it can cause adverse effects. This drug can actually block certain areas of the body from combating diseases or reactions. In fact, overusing Ibuprofen can cause symptoms such as skin rashes, and can progressively make them worse the longer you decide to be on them. Allergic reactions are also apt to worsen while on Ibuprofen.

You should keep in mind that any drug is susceptible to this type of reaction. Skin rashes are common side effects of several medications. Just watch out, and once again, limit your usage. 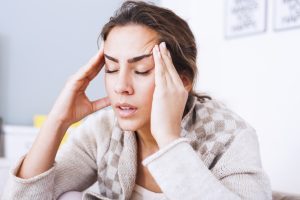 Another unwanted side effect of overusing Ibuprofen is the constant puffiness in different regions of the body. In other words, the constant swelling.

It’s odd, really, that an anti-inflammatory drug could produce side effects such as inflammation. But, remember how prostaglandin is blocked from helping the body out with too much Ibuprofen intake? Well, prostaglandin also helps in salt excretion and maintains an adequate blood flow to certain organs such as the kidneys. Without this present in the body, the puffiness can inhibit certain areas of the body. Once your body clings to that salt intake instead of getting rid of it, you’ll end up somewhat swollen.

Ibuprofen not only affects overall health when taken for long periods of time. It also greatly affects your boner and sex life. But how does it do this?

Medical professionals have stated that if a male were to take 600 mg or more of Ibuprofen everyday for an average of approximately 6 weeks or more, their sperm count will greatly decrease. In turn, this could potentially screw up their fertility, and end up altering chances to birth a child.

Boners May Be Hard to Maintain

And yet again, another reason you really don’t want to be taking Ibuprofen for a long period of time. Your boner may not be able to stay up. And why would you want to lessen your chances of maintaining an erection?

Once again, that pesky little prostaglandin comes into play. With decreased amounts of it in your body, your boner will not stay up. These chemicals have one main job: to help with erections. Of course they do a few other small jobs along the way. These chemicals are so important that those with erectile dysfunction tend to get injections of the chemicals to maintain a healthy sex life.

However, other health care professionals have said the opposite; That NSAIDs and erectile dysfunction don’t have a correlation. So stay tuned for word on that topic.