Popular
Should you buy Male UltraCore? – Male UltraCore...
10 Edible Aphrodisiacs and the Science Behind Them
5 Vitamin D-Rich Foods You Should Be Eating...
Why Do We Feel Tired After Every Meal?
Natty or Juice – 5 Ways to Tell...
How Your Sex Life Changes When You’re 50...
How to Bring Sex Back in a Sexless...
5 Reasons Why It’s Harder to Lose Weight...
Here’s Why You Shouldn’t Store Supplements for a...
Is UltraCore Supplements Ultra Garcinia the Weight Loss...
Home » Is Fluoride Bad for Your Health? How You Can Reduce Your Exposure to This Chemical
Health

Contents show
1 What Are the Dangers of Fluoride?
1.1 1-Associated With Hormonal Imbalance
1.2 2-Can Weaken Bones
1.3 3-Potentially Can Affect Sexual Development
1.4 4-Causes Weight Gain
2 How Can You Protect Yourself Against Fluoride Exposure?
2.1 1- Selenium Supplementation
2.2 2-Exercise More Often
2.3 3-Use Fluoride Free Products

Fluoride is one of those chemicals that always falls under controversy, usually surrounding the idea of whether or not it should be added to our water supply.

It is one that is constantly debated due to the United States adding it to their water supplies while many other countries have banned the substance from theirs, naturally begging the question as to why are we doing so?

There have been many benefits seen as the result of adding fluoride to the water supply in the improved dental health, as fluoride does help to strengthen bones, and keep them healthy. The problem lies in the other potential side effects that come along with these benefits, ones which can potentially affect our health.

What Are the Dangers of Fluoride? 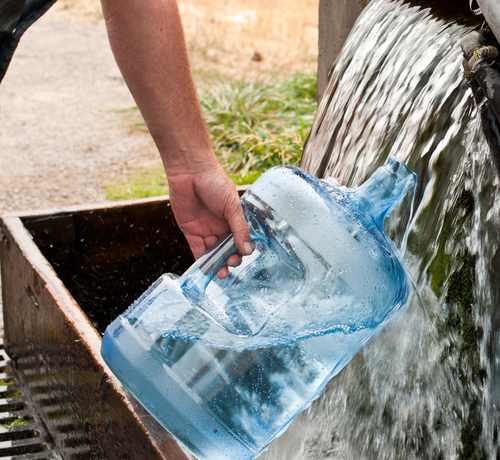 One of the biggest issues with fluoride exposure is it potential to lead to hypothyroidism. This is a condition where the functioning of the thyroid gland is affected, which in turn causes an extremely slow metabolism.

This means that fluoride exposure can lead to weight gain as well, as exposure to this chemical may slow the body’s ability to process and synthesize the nutrients that we consume.

Unlike the intention of improving bone health through fluoride exposure, evidence points in the opposite direction. Rates of fractures and osteoporosis among populations exposed to fluoride in their drinking water has shown to be much higher than among those who don’t drink fluoronated water.

Fluoride exposure has also shown the potential to negatively influence sexual development due to its influence on the pineal gland. Fluoride has seen to collect in the pineal gland, giving rise to serious concerns among young men and women who are exposed to this chemical.

Another hormone which is affected by fluoride exposure is one called cortisol, which is the main stress hormone of the body. Cortisol is also important when it comes to weight gain as well, as the presence of this hormone in the bloodstream encourages the additional accumulation of fat.

This is a major issue as being obese and overweight is already an issue that many people face to begin with, which fluoride exposure can help to worsen. Being overweight also makes you more prone to other diseases as well such as various cancers, making fluoride something you want to limit your exposure to.

How Can You Protect Yourself Against Fluoride Exposure?

One of the areas of the body that is really vulnerable to fluoride exposure is the brain. Selenium has been found to help protect the brain from the effects of fluoride exposure, and has even shown the ability to reverse these effects.

Selenium is a trace metal that we get from our diets, however it is one that many of us are deficient in. To get the proper amount of selenium in your diet everyday you should supplement your diet with a multivitamin like Ultimate Man by Men’s Healthy Lifestyle which is the top rated multivitamin for men.

Not only is selenium good for us in the fight against fluoride exposure, but it also helps to maintain the health of our thyroid gland and our heart as well. 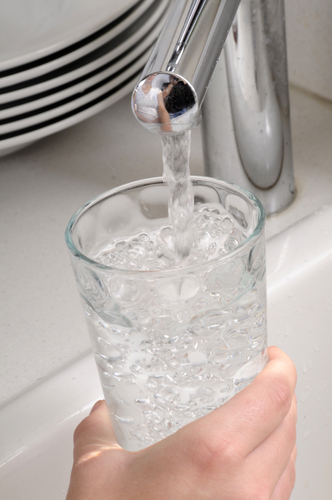 Exercise is an excellent way that we can rid toxins from our body, so it should be no surprise to see it listed here. Studies have shown that fluoride levels in rats decreased in those who underwent regular exercise as compared to those who did not exercise.

Unfortunately when it comes to our exposure to fluoride, it is just not about our drinking water. Fluoride is found in many dental care products also, such as in our toothpastes and mouthwashes. This is not only overkill in most cases, but these fluoride products can stain the teeth as well, leaving ugly looking streaks.

Look for alternative brands that do not use fluoride in these products to reduce your exposure, especially if you live in an area that already fluoronates their water supply. If your local supermarket doesn’t carry any alternatives, try your local health food store instead.