Popular
Should you buy Male UltraCore? – Male UltraCore...
10 Edible Aphrodisiacs and the Science Behind Them
5 Vitamin D-Rich Foods You Should Be Eating...
Why Do We Feel Tired After Every Meal?
Natty or Juice – 5 Ways to Tell...
How Your Sex Life Changes When You’re 50...
How to Bring Sex Back in a Sexless...
5 Reasons Why It’s Harder to Lose Weight...
Here’s Why You Shouldn’t Store Supplements for a...
Is UltraCore Supplements Ultra Garcinia the Weight Loss...
Home » Prostate Defense Review: Is it for me?
Health

Prostate Defense Review: Is it for me?

Prostate issues strike one in every two men and about 17% of American men face an increased risk of prostate cancer. Everyone should take steps to become proactive in their own health and all men should spend a certain amount of that focus specifically on their prostrate health.One of the most common prostrate conditions is referred to as polyuria. The most common symptom of those who have been diagnosed with it present is urination dribbling. There are a number of effective steps that all me can take to protect their prostate from this as well as many other issues.The manufacturers of Prostrate Defense claim that their formula contains the most powerful prostrate protective ingredients on the market. They also say that it can address, stop, and reverse a number of prostrate diseases as well as offers a protective shield for aging males. 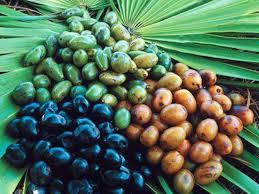 Benign Prostate Hyperplasia symptoms can be addressed with Saw Palmetto. It is capable of shrinking the size of an enlarged prostate and alleviate some of the difficulties in urination.Urtica Dioica, is sometime called Stinging Nettle, is ancient herb used to support the health of men. It reduces the occurrence of many BPH symptoms, especially in combination with Saw Palmetto. This combo minimize enlargement and relieve pain of urination.Researchers in Japan conducted a study of Pumpkin Seed oil and its effects on Benign Prostate Hyperplasia. It not only relieved symptoms, but promoted better rest through the night.Pygeum Africanum is from a specific type of plum tree and has been found to diminish issues associated with BPH; acts as an anti-inflammatory; and decreases frequent urination urges through the night.
Lycopene is a powerful carotenoid which is not only recommended to battle free radicals and prevent cancer, but specifically protects the prostate from carcinoma.

It is often combined with Vitamin E, another powerfully effective antioxidant, in the prevention of tumorigenesis. 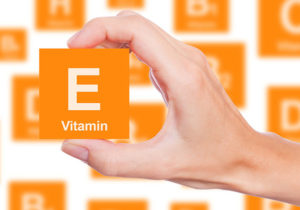 The properties have been investigated and found effective for the claims.

There are many satisfied consumers who praise it.

Monetary reimbursement is provided for those not happy.

The complete formula has not been clinically tried.

Some consumers were very unhappy.

Headaches are associated with its use for those sensitive to Saw Palmetto.

The official North Star Nutritionals website offers ordering for this product as does Amazon. It can also be found on a number of supplement sales sites. One bottle is a 30-day supply, contains 120capsules, and can be ordered for $40.

It is rather easy to find praise for North Star Nutritionals as well as Prostate Defense for efficacy. A few users were not happy as they had Saw Palmetto sensitivities and therefore suffered from headaches. Those who are dissatisfied can simply ask for a refund from the manufacturer. While the end formula has not been investigated, the individual ingredients have been singly researched and found effective by research scientists. It would appear that Prostate Defense has potential.

Maximum Prostate Review: Is it a scam?

Prostanol Review: Is it the real deal?