Popular
Should you buy Male UltraCore? – Male UltraCore...
10 Edible Aphrodisiacs and the Science Behind Them
5 Vitamin D-Rich Foods You Should Be Eating...
Why Do We Feel Tired After Every Meal?
Natty or Juice – 5 Ways to Tell...
How Your Sex Life Changes When You’re 50...
How to Bring Sex Back in a Sexless...
5 Reasons Why It’s Harder to Lose Weight...
Here’s Why You Shouldn’t Store Supplements for a...
Is UltraCore Supplements Ultra Garcinia the Weight Loss...
Home » Reviewing the Safety & Efficacy of NeuroCell
Health

Reviewing the Safety & Efficacy of NeuroCell

Contents show
1 NeuroCell Overview
2 You see? Lots of huge assertions.
3 Defining Neural Communication and How It Impacts Cognition
4 What are the Components in NeuroCell?
5 Are there Adverse Reactions?
6 NeuroCell Pricing Options
7 Other Brain Supplements in the Market
8 In general, are consumers satisfied with their use of such supplements?
9 Is NeuroCell the Real Deal? 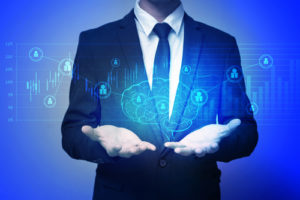 Surely you’re aware that many supplements in the market right now promise super amazing results that it gets you thinking if these are actually for real. NeuroCell appears to be one of these supplements as it touts to be an excellent cognitive complex made of purely natural components.

This particular brain enhancer purports to boost both short term and long term memory, increase mental lucidity and memory, heighten levels of energy, and enhance mood and general wellness. These are said to be achieved, your age notwithstanding. Specifically, its manufacturer says it promotes “neural communication”.

You see? Lots of huge assertions.

Truthfully, we evaluate several brain boosters here that, after a while you don’t see any difference in all of them anymore; because there’s nothing that significantly stands out among these products.

Can NeuroCell prove to be different among the rest with its claimed features and benefits? In order to know the answer, let’s first find out how the brain functions, at least in its basic sense.

Defining Neural Communication and How It Impacts Cognition

Basically, a neuron is a kind of nerve cell that has the distinctive capacity to pass information. It is also recognized as the basic building block of the nervous system. There are diverse neurons that function differently depending on the purpose.

The precise procedure in this neural communication is beyond the reach of this article, but as for the basics, these neurons pass information with the use of chemicals called neurotransmitters. The most usual kinds of neurotransmitters are acetylcholine, dopamine, GABA, glutamate, and serotonin, to name a few.

As we get older, the neurotransmitters released by the body becomes less, which is why we experience memory issues as we age. This is called mild cognitive impairment (MCI).

If you have undergone researches about brain boosters for a significant period of time, you’ll realize that several of the aforementioned neurotransmitters are contained as part of their component list. This includes NeuroCell. This is because it is widely regarded that these components can be used to fight the symptoms of MCI.

But can taking NeuroCell regularly work to enhance your mental performance in reality? Let’s check the supplement’s ingredients to know.

What are the Components in NeuroCell?

These are the components contained in the supplement’s formulation as listed on the product website:

Of these components that compose NeuroCell, 5 of them show potential in delivering the claimed benefits of the supplement.

First, caffeine is recognized to have the ability to momentarily boost mental alertness.

Bacopa Monnieri with the active component bacopin is considered to be functional for augmenting memory.

Phosphatidylserine is believed to be useful in decreasing signs linked to mental deterioration caused by aging, and even lessen the symptoms of Alzheimer’s, too. However, the research with which this conclusion is based from is old and the quality of the study is not commendable.

L-Tyrosine could increase mental capacities, recall and alertness even after not getting enough shut-eye.

Lastly, huperzine A is believed to be efficient for curing dementia and other memory issues experienced by healthy individuals.

The remaining of the components in NeuroCell don’t have enough scientific proof that they are, in any way, can be helpful to improve brain health. As for the ones that have potential, we think that the effects they can bring are less significant than what NeuroCell’s manufacturer makes it appear.

Also, although there is a list of components in the supplement’s site, the company decides not to divulge the dosages of these components. But why?

Thus, even though some of the components in NeuroCell may be efficient, they still have to be in correct dosages in order to work. Since we’re not aware of the quantity of each of the ingredient, it’s hard to know whether such ingredients can even make a difference.

Are there Adverse Reactions?

While the product’s efficacy is dubious, most people who would use this should find themselves tolerant of the components, hence, no major adverse reactions.

The Vitamin B3 in NeuroCell can, however, lead to skin redness. Caffeine can also cause anxiety, sleeping problems, increased heart rate and headaches, being a stimulant.

Regardless of the selection you go for, you also get free shipping.

Moreover, this supplement also offers a 30-day money-back guarantee, less shipping and handling. But this is only applicable to unopened products. To begin this process, contact customer support at (844) 272-0011.

Other Brain Supplements in the Market

If you’re looking for no-prescription needed nootropics, you’re lucky because the market is full of them. Some of the popular selections for such products are Geniux, Cebria, Adderin and a lot more.

In general, are consumers satisfied with their use of such supplements? 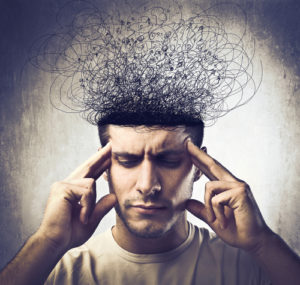 Regrettably, it doesn’t seem that brain boosters get mostly positive reception from users here. The reviews for these kinds of produces are mixed to poor.

Even though there are some users who said that brain enhancers were able to deliver notable changes as far as their brain health is concerned, there are also a lot more who said that such brain supplements don’t live up to their promises, costly and the companies that manufacture the have inefficient customer support when customers are requesting for refunds.

Of course this does not directly translate to you experiencing the same issues with using NeuroCell. But since the formulations of these products are basically similar with over-the-top assertions and steep costs, this is worth mentioning.

Is NeuroCell the Real Deal?

We haven’t had the chance to personally try this brain product, but considering that its company makes similar promises as other similar products and the several of the components are also similar with others, it’s wiser to just consult your physician rather than buying this product.

A Product Review of Cebria

A Product Review of OnBrain Clarity