Popular
Should you buy Male UltraCore? – Male UltraCore...
10 Edible Aphrodisiacs and the Science Behind Them
5 Vitamin D-Rich Foods You Should Be Eating...
Why Do We Feel Tired After Every Meal?
Natty or Juice – 5 Ways to Tell...
How Your Sex Life Changes When You’re 50...
How to Bring Sex Back in a Sexless...
5 Reasons Why It’s Harder to Lose Weight...
Here’s Why You Shouldn’t Store Supplements for a...
Is UltraCore Supplements Ultra Garcinia the Weight Loss...
Home » Science Says These 10 Things Can Happen To Your Body If You’re Sleep Deprived
Health

The quality of your sleep is the foundation of your overall health, success, and quality of life. A quality sleep means being able to sleep deeply and soundly. It’s a restorative sleep that heals your body at the same time.

Not everybody is able to have a quality sleep because of certain factors that include stress, chronic pain,  the kind of work, and your family. Stress and chronic pain hinder your body to have a good sleep. People who are working on night shifts may find difficulty enjoying a quality sleep during the day. New parents may find difficulty having a good quality of sleep for waking up from time to time to feed their newborn.

However, even if these challenges aren’t present, some people may be deprived of sleep because of their lifestyle. They may love hanging out with friends every night or sitting up late at night scrolling their phones or watching their favorite late night news and TV shows.

The reason why some people fail to notice the effects of sleep deprivation is because their bodies don’t manifest it immediately. The side effects get accumulated until you notice it when your health is already at risk. In some cases, the effects may even be fatal.

Science says the following health problems will occur when you deprive yourself of a quality sleep for over a period of time.

If you have found yourself to be more irritable than usual, you’re sleeping habits might give you clues. 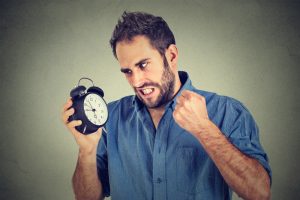 A study by the University of Iowa found that people who miss even a few hours of sleep at night have difficulty adapting to certain situations. They’re more irritable and easily get angry in provocative situations. They’re also found to have increased negative emotions and decreased positive emotions. Even an uncomfortable shirt or a barking dog can raise their anger and distress.

In a study, the British Association of Dermatologists found that participants who are deprived of sleep have increased signs of intrinsic aging and diminished skin barrier function.

This is because the ability of their skin to heal after being damaged is lost due to sleep deprivation. Now you know that one secret to staying younger is to get enough sleep.

Sleep deprivation can weaken your immune system. Dr. Eric Olson stated that people who fail to get a good quality of sleep can get sick after being exposed to a virus. Even a common cold virus may affect you if you’re sleep deprived. And worse, it can also have an effect on your ability to heal.

4. You’re likely to get depressed

There are many causes why people get depressed. Some may be deep seated while some may be out of your own subtle lifestyle choices. If you don’t want to be numbered among the depressive patients, get yourself a good sleep.

Psychologist and Nobel prize winner Daniel Kahneman and colleagues found that a lack of sleep can affect your mood the next day.

Clumsiness ranges from banging your toe on the table to pouring a cup of coffee to your laptop. And it’s also sleep-related.

A study on the effects of sleep deprivation in surgeons found an increase in errors by up to 20 to 32 percent. The same result was also seen in the performance of athletes who were deprived of sleep.

Some fatal road accidents were also found to be caused by the driver’s lack of sleep.

6. You’re at risk of getting cancer

Not getting enough sleep may not look harmful, but in the long run, it may lead to a serious health problem like cancer.

While researchers found that cancer patients have difficulty getting adequate sleep, helping them improve their sleep is a way of improving their performances in school or at work.

The researchers further added that night shift jobs increase your risks of having cancer in the colon, ovaries, breast, and prostate due to the disruption in your body’s biological clock.

7. You’re in danger of having a cardiovascular disease

A good sleep is essential for your heart’s health. If you don’t get enough sleep, you’re prone to having cardiovascular and other coronary heart diseases regardless of your age, weight, and other habits.

According to researchers, sleep deprivation can create disruptions in underlying health conditions and biological processes such as glucose metabolism, blood pressure, and inflammation.

Protecting your health even at a younger age is key to prevent yourself from acquiring these debilitating diseases brought about by a lack of sleep.

8. Your food cravings may increase

Craving for food from time to time is normal. What’s not normal is when you’re unable to resist foods that you know aren’t good for your health. This can happen when your hedonic stimulus to consume more food even if your body doesn’t need it is enhanced by an acute sleep loss.

9. Your memory will suffer 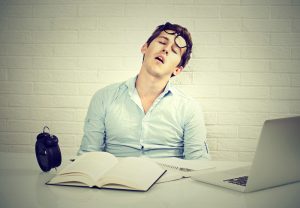 You may believe that being forgetful is associated only to living a busy life. But beware, science says it’s not often the case.

A study of the University of California, Berkeley found that poor quality of sleep can cause memory loss and brain deterioration among the elderly. You’re not elderly, you may say, but sleep deprivation in adults is also found to cause forgetfulness and difficulty remembering names.

10. You have increased chances of developing an Alzheimer’s

A lack of sleep is also linked to the development of Alzheimer’s disease. According to neuroscientists, sleep helps the brain flush beta-amyloid, a protein that is strongly linked to Alzheimer’s.

People who don’t get enough sleep are found to have a build up of this protein. Beta-amyloid proteins destroy the synapses before clumping into plaques that lead to nerve cell death. This leads to brain deterioration, a characteristic found in people with Alzheimer’s.

The cost of not having a healthy body is high. You will not only pay for your medication but also suffer physically and mentally. The thought of not being able to attend your only child’s graduation day because of your health condition is crippling. A disease may even cost your dreams and goals in life.

Don’t wait for these things to happen. You can stay healthy and live the kind of life you want with a few simple tweaks daily. And it takes no more than giving yourself the quality of sleep you deserve.

How To Avoid Getting Phished