Popular
Should you buy Male UltraCore? – Male UltraCore...
10 Edible Aphrodisiacs and the Science Behind Them
5 Vitamin D-Rich Foods You Should Be Eating...
Why Do We Feel Tired After Every Meal?
Natty or Juice – 5 Ways to Tell...
How Your Sex Life Changes When You’re 50...
How to Bring Sex Back in a Sexless...
5 Reasons Why It’s Harder to Lose Weight...
Here’s Why You Shouldn’t Store Supplements for a...
Is UltraCore Supplements Ultra Garcinia the Weight Loss...
Home » Seemingly Innocent Activities That Might Cause Cancer
Health

Carcinogens are substances that are capable of giving you cancer and you may already know about a couple different habits that can put you at risk. Sunburns, radiation exposure, and smoking cigarettes are all famous causes of cancers. However, there are also a bunch of seemingly innocent activities that have been linked to many different types of cancer. Here is a list of practices that can actually put you at a greater risk of cancer.

Blue light can come from a number of different places, including your cell phone, your computer screen, your television, and even street lamps. You may not be surprised that blue light exposure at night can confuse your circadian rhythm so that you end up with unhealthy sleep patterns, which can have overall negative effects on your health. However, some studies also show that nighttime blue light exposure can also increase your risk of prostate cancer. 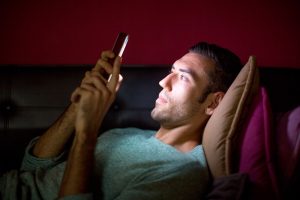 Researchers reasoned that people who spend more time in the dark would likely have higher levels of melatonin, which is a chemical produced by the brain’s pineal gland to make you sleep. Later studies actually showed that melatonin can activate a gene known as P53. P53 is responsible for making your cells produce proteins that can halt the cell cycle if a cell has damaged DNA. Ending the growth and replication of damaged cells is a good way of preventing those cells from becoming cancerous, which is probably why animals such as elephants, who have a couple extra copies of the P53 gene, are less likely to get cancer.

Scientists now hypothesize that sunglasses could reduce your prostate cancer risk if they are worn a few hours before bed. They specifically recommend amber glasses that block out blue light because light at the blue end of the spectrum is more likely to suppress melatonin production. You can always reduce your nighttime blue light exposure simply by turning off your phone, computer, and television when it is time for bed. As long as you make sure that your pineal gland keeps producing melatonin, you should be able to decrease your risks of prostate cancer.

Sitting For Long Periods of Time

You might have to sit down while you work, but sitting too much is correlated with a number of health concerns. It can result in psychological distress, it can raise blood sugar, it can cause blood clots, and it can give you back pain. It also raises your risk of cancer by about 24%.

There are a number of possible mechanisms for why sitting for too long can cause cancer. Obesity and cancer have long been correlated, so anything that promotes less exercise will increase your risk of cancer, especially colon cancer and possibly rectal cancer as well. Exercise can also give your immune system a boost, which would make your body more likely to kill off precancerous cells. Prolonged sitting is also correlated with lack of sunlight, which can also be a risk factor for colon cancer.

Therefore, doctors recommend that you commit to moderate physical activity for at least half an hour every day. Some studies show that certain sitting activities are more likely to cause cancer than others, even if you do engage is some activities. Watching too much television, for example, decreases how much physical activity you get, but it also is associated with a number of other health risks that have all been linked to cancer. You obviously do not have to give up television forever, but make sure that that you do try your best not to sit down for prolonged periods of time. Exercise is always healthy for you and, since we do not know the exact mechanisms that link sitting with colon cancer, sedentary behavior should be avoided just in case it has nothing to do with lack of exercise.

Some studies show that grilling or barbecuing meat can cause the proteins and sugars in the meat to become deformed until they turn into polycyclic aromatic hydrocarbons. These chemicals are the same compounds found in the fumes of car exhaust, air pollution, and cigarette smoke, so it is no surprise that are probably not healthy for you. 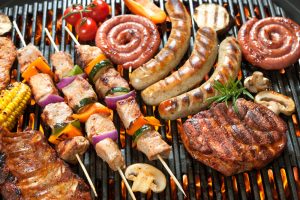 The main health concern regarding polycyclic hydrocarbons is cancer. There is a well-established link between this compound a number of different types of cancers, including cancer on your skin, lungs, bladder, liver, and stomach. It can cause many of your cells to mutate and it can also promote the growth of already existing cancer cells.

More research must be conducted on barbecues in order to conclusively determine if they can cause the release of these harmful chemicals. However, the science behind previous research is sound. Heat can alter the chemical makeup of many proteins. Additionally, environmental scientists already know that burning coal and biofuels for cooking and heating is a big reason why polluted air is often contains polycyclic aromatic hydrocarbons.

Of course, cancer remains unpredictable and nobody fully knows what causes it. However, if you are at risk for cancer, then you may want to be careful about some of these seemingly innocent activities. Some these can be impossible to avoid, so make sure you talk to your doctor about any health concerns that you might have.

Healthy Hobbies to Improve Your Life