Popular
Should you buy Male UltraCore? – Male UltraCore...
10 Edible Aphrodisiacs and the Science Behind Them
5 Vitamin D-Rich Foods You Should Be Eating...
Why Do We Feel Tired After Every Meal?
Natty or Juice – 5 Ways to Tell...
How Your Sex Life Changes When You’re 50...
How to Bring Sex Back in a Sexless...
5 Reasons Why It’s Harder to Lose Weight...
Here’s Why You Shouldn’t Store Supplements for a...
Is UltraCore Supplements Ultra Garcinia the Weight Loss...
Home » Suffering from Anxiety? Here are the Best Science-Backed Supplements for You!
Health

Suffering from Anxiety? Here are the Best Science-Backed Supplements for You!

Contents show
1 What are the Common Types of Anxiety?
1.1 Panic disorder
1.2 GAD or generalized anxiety disorder
1.3 PTSD or post-traumatic stress disorder
1.4 OCD or obsessive-compulsive disorder
1.5 SAD or social anxiety disorder
2 What is Sexual Performance Anxiety?
3 What Can Anxiety Do To Your Body?
4 Science-Backed Supplements That Reduce Anxiety
4.1 Ashwagandha
4.2 Panax ginseng
4.3 Long Jack
5 The Bottom Line

It’s no joke to suffer from anxiety. During an anxiety attack, you can suffer from heart palpitations, headaches, lightheadedness, and nausea. It’s not easy to cure, either. You either have to undergo therapy or take medications to lessen the symptoms.

Thanks to recent studies, we now have several natural herb-based options for reducing anxiety. Learn more about the different types of anxiety, its effects on your body, and which supplements can help relieve anxiety.

What are the Common Types of Anxiety?

Anxiety disorder comes in several forms. According to the National Institutes of Mental Health, here are the major types of anxiety:

When you suffer from GAD, almost everything makes you anxious almost all the time. It’s characterized by chronic anxiety, and you feel worried and tensed even when there’s no logical reason for you to feel that way. 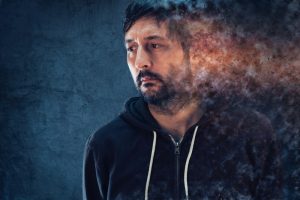 Many are already familiar with PTSD, especially those who have family members who have been to war or were victims of traumatic events. PTSD typically occurs in people who have been personally exposed to grave physical harm or a terrifying ordeal.

Although OCD is usually associated with repetitive compulsive behaviors, such behaviors are actually rooted in anxiety. Recurrent thoughts or obsessions make you perform “rituals” such as excessive hand washing, but engaging in this behavior only provides temporary relief and doesn’t really make the anxiety go away.

Sometimes referred to as social phobia, SAD is a type of anxiety disorder that causes overwhelming anxiety when one is exposed to social situations. Sometimes it’s limited to just one specific situation like speaking in public or performing in front of an audience.

What is Sexual Performance Anxiety?

Although not considered a major type of anxiety disorder, many people also suffer from sexual performance anxiety. It’s typically characterized by a lack of confidence in one’s sexual skills and an overwhelming worry over one’s perceived inadequacy in bed.

What Can Anxiety Do To Your Body?

Anxiety not only affects your behaviors, but it can also adversely affect your physical health. We’ve all experienced situations that made us anxious. That feeling of increased heart rate and breathing, as well as increased blood flow to the brain, may already be familiar to you. These are actually common symptoms of short-term anxiety.

However, when anxiety becomes too severe or intense, it can lead to nausea and lightheadedness. Chronic anxiety causes the brain to continuously release stress hormones, which can then lead to frequent headaches and depression. In men, chronic anxiety can result in high levels of cortisol, which then leads to inhibited testosterone production.

Anxiety disorders are also known to increase your risks of high blood pressure, heart diseases, and coronary events. Your digestive system may also be affected when you’re suffering from chronic anxiety. Loss of appetite, diarrhea, stomachaches, and other digestive issues are common in people with chronic anxiety.

The studies had varying methods and designs, and the effects of Ashwagandha on anxiety levels were measured using various tools such as the Beck Anxiety Inventory, the Hamilton Anxiety Scale, and the Perceived Stress Scale. In most of these studies, treatment with Ashwagandha significantly reduced the participants’ anxiety scores. 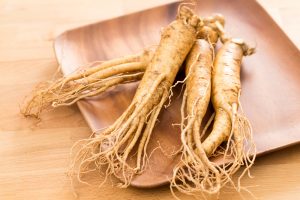 Known as an herbal supplement that’s really good for the heart and brain, Panax ginseng has also been proven to alleviate hormonal changes due to stress and reduce stress-related depression and anxiety.

Among the herbal ingredients commonly used in dietary supplements, Long Jack is one of the most well-researched. It’s also one of the top herbal supplements that have a wide variety of health benefits. These include stress-reduction and anxiety relief.

Despite the positive effects of Long Jack on mood and emotional well-being, the herb is actually more famous as an aphrodisiac, testosterone booster, and sexual performance enhancer. It’s also widely used by athletes to increase their energy levels and improve their athletic performance.

Consider these 5 Things Before You Choose Your Anti-Aging Cream

6 Ways to Relieve Back Pains