Popular
Should you buy Male UltraCore? – Male UltraCore...
10 Edible Aphrodisiacs and the Science Behind Them
5 Vitamin D-Rich Foods You Should Be Eating...
Why Do We Feel Tired After Every Meal?
Natty or Juice – 5 Ways to Tell...
How Your Sex Life Changes When You’re 50...
How to Bring Sex Back in a Sexless...
5 Reasons Why It’s Harder to Lose Weight...
Here’s Why You Shouldn’t Store Supplements for a...
Is UltraCore Supplements Ultra Garcinia the Weight Loss...
Home » Top 4 Reasons Why People Have Sex
Sex

Contents show
1 More than ten years ago, one groundbreaking study identified 237 reasons why people engage in sexual intercourse. It was considered groundbreaking because it was the first of its kind to conduct a large-scale inventory of sexual motivation.
2 Why Do People Have Sex?
3 Sexual Motivation Factors
4 Findings Of The Study
4.1 One might say that the bottom line is obvious, however, the way people view sex and engage in sexual intercourse now is not as black and white as most people think.
4.2 Reference:
4.2.1 YSEX? A Replication Study in Different Age Groups
4.2.2 Wyverkens, Elia et al.
4.2.3 The Journal of Sexual Medicine , Volume 15 , Issue 4 , 492 – 501

More than ten years ago, one groundbreaking study identified 237 reasons why people engage in sexual intercourse. It was considered groundbreaking because it was the first of its kind to conduct a large-scale inventory of sexual motivation.

Since then, more studies were generated, but this time around, the researchers tried to break down the problem. They still looked at reasons why people have sex, but this time, they started looking at different age groups and relationship types separately.

For instance, one study found that in committed relationships, emotional motivations were closely associated with sexual intercourse, whereas in casual relationships, as expected, people tended to have sex just for the pure physical pleasure of it.

Let’s take a look at the results of this study and find out the common reasons why people have sex.

Why Do People Have Sex?

“It’s fun.” Sex is fun, that’s a fact. And the top reason why people want to have sex. According to the study, people under the age of 55 reported that this is their main motivation to engage in sexual intercourse. The surprising thing is that the result was consistent for both men and women in different age groups, except for women under 18, who reported it as their second reason for having sex. 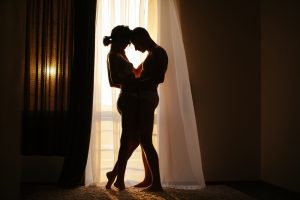 “It feels good.” Women under 18 and both men and women above 55 reported this as their number one reason for engaging in sexual intercourse.

“I wanted to experience the physical pleasure.” This reason was consistently in the top three reasons why people want to have sex.

There are two main differences in how men and women are sexually motivated, according to the study. First, in the under 18 age group, both men and women reported wanting to have sex because it’s exciting and adventurous as one of their top 4 sexual motivations. Second, starting at the age of 18, women factored in emotional reasons as part of their motivation to have sex. These included wanting to show their love or affection for their partner as well as their desire for emotional closeness.

Physical Reasons. The sub-factors under physical reasons for having sex include to decrease or relieve stress, to experience pleasure, because of the physical desirability of the sexual partner, and to seek experience.

Goal Attainment. The sub-factors under goal attainment included resources, for social status, for revenge, and for utilitarian purposes. Interestingly, of all the age groups included in the study, it was the men under 18 who scored under having sex for revenge. 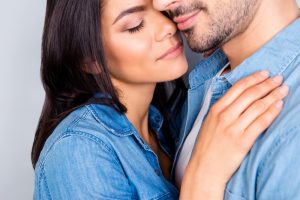 Emotional Reasons. For all age groups, emotional reasons were always higher in women than in men, with the difference between the two sexes the greatest in the under 18 age group. This is especially the case for having sex to feel love and commitment, one of the sub-factors for emotional reasons. The other sub-factor was having sex as an emotional expression.

Insecurity. Under this factor, the sub-factors were self-esteem boost, duty or pressure, and mate guarding. The way we can interpret this is that people want to have sex because they want to feel more secure. Sex may boost their self-esteem because it makes them feel desired. Analyzing the overall scores for insecurity as a sexual motivation, the researchers found that men aged 22-55 scored higher in this factor as compared to older men.

The second sub-factor under insecurity is duty or pressure, which means people consider having sex as part of fulfilling their duties to their partners. What’s surprising is that for men and women under 18, the rating for this sub-factor was almost equal, whereas, for all other age groups, women usually scored higher for this sub-factor. Mate guarding was also scored higher in women above 18.

Findings Of The Study

One might say that the bottom line is obvious, however, the way people view sex and engage in sexual intercourse now is not as black and white as most people think.

The value of this study was in highlighting the different sexual motivations for each age group. Perhaps older men can look at the study’s findings and say yes, that’s how I felt about sex when I was still a teenager. Or perhaps young people can say so, that’s how I can expect my attitude towards sex to change as I grow more mature.

One can also look at the researchers’ conclusions and try to understand where their partners are coming from with regard to their sexual motivations. For older people, for instance, especially for couples who no longer have the same levels of sex drive, they might be able to gain insights into their partner’s attitude towards sex through this study.

In part, the results of the study may also explain why sex has become routinary for some older couples, simply because sex is seen as a duty that needs to be fulfilled, and is no longer pursued for the pleasure and satisfaction it brings. As sad as that may sound, it can help people take another look at their sex life. Hopefully, it can also motivate people to try and bring back the pleasure and excitement in their sex lives.